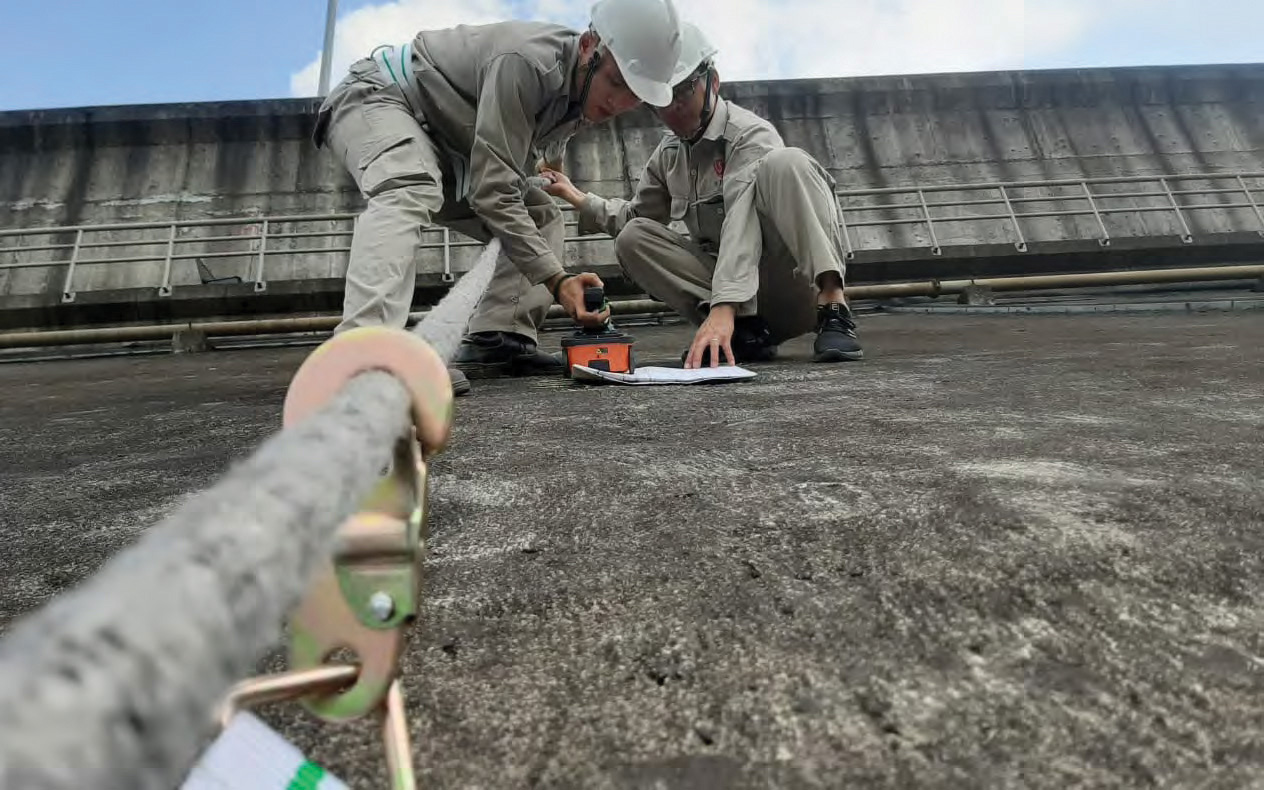 CuaDat Irrigation Dam is one of the largest irrigation dams in Vietnam.

The entire concrete surface inspection survey was conducted by the Department of Geophysical Application Research – Institute of Ecology and Works Protection.

Vucico Vietnam, a Representative for GSSI, assisted in the survey of the concrete dam which is part of the CuaDat Reservoir, the largest hydropower and irrigation construction in Vietnam with a capacity of 1.5 billion cubic meters. This reservoir, constructed between 2004 and 2009, is located upstream of the Chu River, Southwest of Hanoi and contributes to flood control  ensuring a sufficient supply of water for more than 86,000 hectares of agricultural land, supplying water for domestic use and for industrial use. The dam measures 1,023m in length and 119m in maximum height.

The scope of this survey was to scan the entire surface of the dam, and the work was conducted over the course of several years. Some of the work could only be done when the water in the Reservoir dropped to levels that provided access to the surface of the dam usually covered by water.

The GSSI SIR® 30 system and 900 MHz antenna was used in the first stage of the survey to locate any areas with possible voids. Any voids identified would be repaired by injecting concrete through a drill hole. The challenge was not to damage or destroy the existing rebar in the structure. A StructureScan™ Mini XT was then deployed to refine the survey area that required repair by examining the rebar locations and marking an area where it was safe to drill.