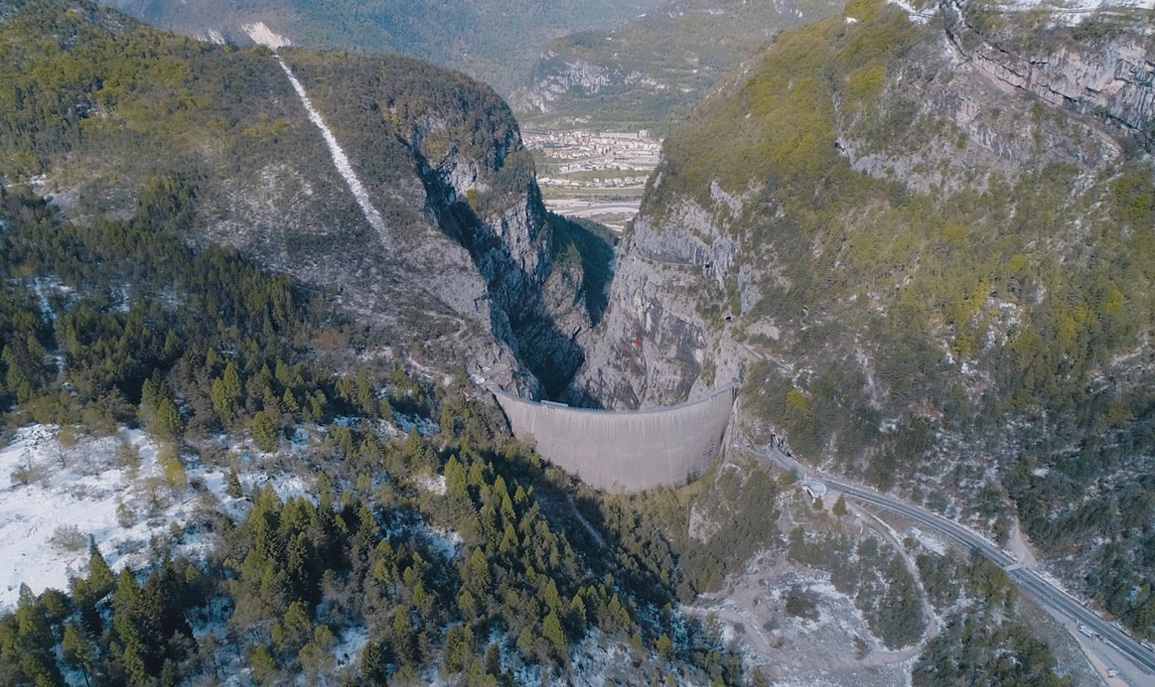 How to prevail potential landslides and risk of over topped dams – Vajont Dam, Italy

In 1963, 270 million of m3 of rocks of Mont Toc crashed into the Vajont reservoir in Northern Italy during its initial filling. The landslide caused a tsunami in the lake in which 50 million of m3 of water overtopped the dam in a wave of 250m, leading to the complete destruction of several villages and towns, and estimated between 1,900 and 2,500 deaths.

A 10 years ongoing project led by Professor Roberto Francese by University of Parma and OGS (Italy) aimed to image below the slipping surface of this great landslide in order to prevail any other catastrophic scenario. In 2015, the team used the FullWaver system together with a high power transmitter (VIP, 5 kW, 10A), all developed by IRIS Instruments.

The FullWaver system is able to deliver a full 3D electrical resistivity tomography (ERT) of the entire landslide without any directional bias. The FW system consists on at least one I-FullWaver dedicated for current readings and several independent and autonomous V-FullWaver (receivers) specifically developed for recording full waveform time domain resistivity. For each receiver, three electrodes are settled aiming to record potential variation at two orthogonal dipoles. There is no cable between each FW boxes. Time series were recorded at 10ms sampling rate.